The mandolin is the virtuoso instrument of the princely courts in baroque Europe. Prized by the Vienna School of Schönberg, symbol of Italian romanticism, the queen of Mediterranean serenades, American bluegrass, Brazilian choro, Corsican and Venezuelan waltzes …

Heir to a rich past spanning nearly four centuries, the mandolin is above all a living, timeless and universal instrument, whose development of which depends only on those who serve it with passion. Vincent Beer-Demander is one of them.

Like any instrument, behind the mandolin there is the artist.

Vincent Beer-Demander embodies this new mandolin and draws his energy from the richness of Western music to invent a new path, a new vision, a new repertoire, a new school.

More than 100 composers including Lalo Schifrin, Vladimir Cosma, Claude Bolling, Ennio Morricone, Richard Galliano, Francis Lai, Jean-Claude Petit … have composed for this multifaceted musician, who himself participates in the writing of a literature revisited for his instrument.

The vocation of the VBD & Co Company is to tirelessly support this process of creation open to all aesthetics, creating bridges between scholarly and popular music.

This company also aims to bring together amateur and professional musicians around the musical direction of Vincent Beer-Demander, and to facilitate the transmission of his art to future generations, in all its stages : from the order to the edition, from recording to the complete production and distribution.

The history of music is only made up by multiples stories of each artist and if, as the composer François Rossé writes: “there is the mandolin before and after Vincent Beer-Demander”, the Company VBD & Co must be at the heart of this new story and give Vincent Beer-Demander the means to bring together all talents.

After an already very active career for more than 15 years, the VBD & Co Company was formalized in April 2018. It’s supported in its structuring by the production office Prodig’Art, with whom the artistic connivance made the collaboration obvious. . 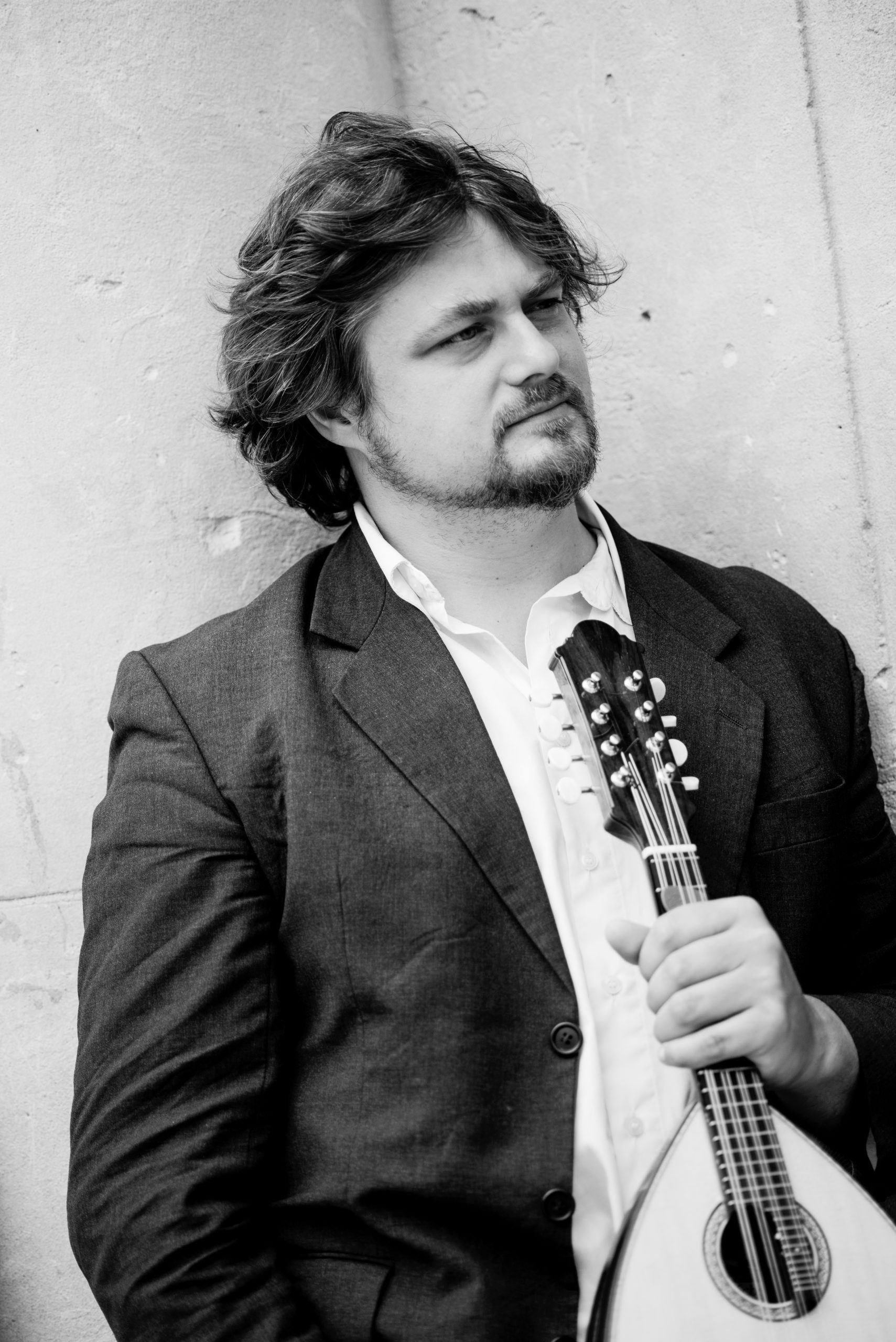 “There is the mandolin before
and after Vincent Beer-Demander” 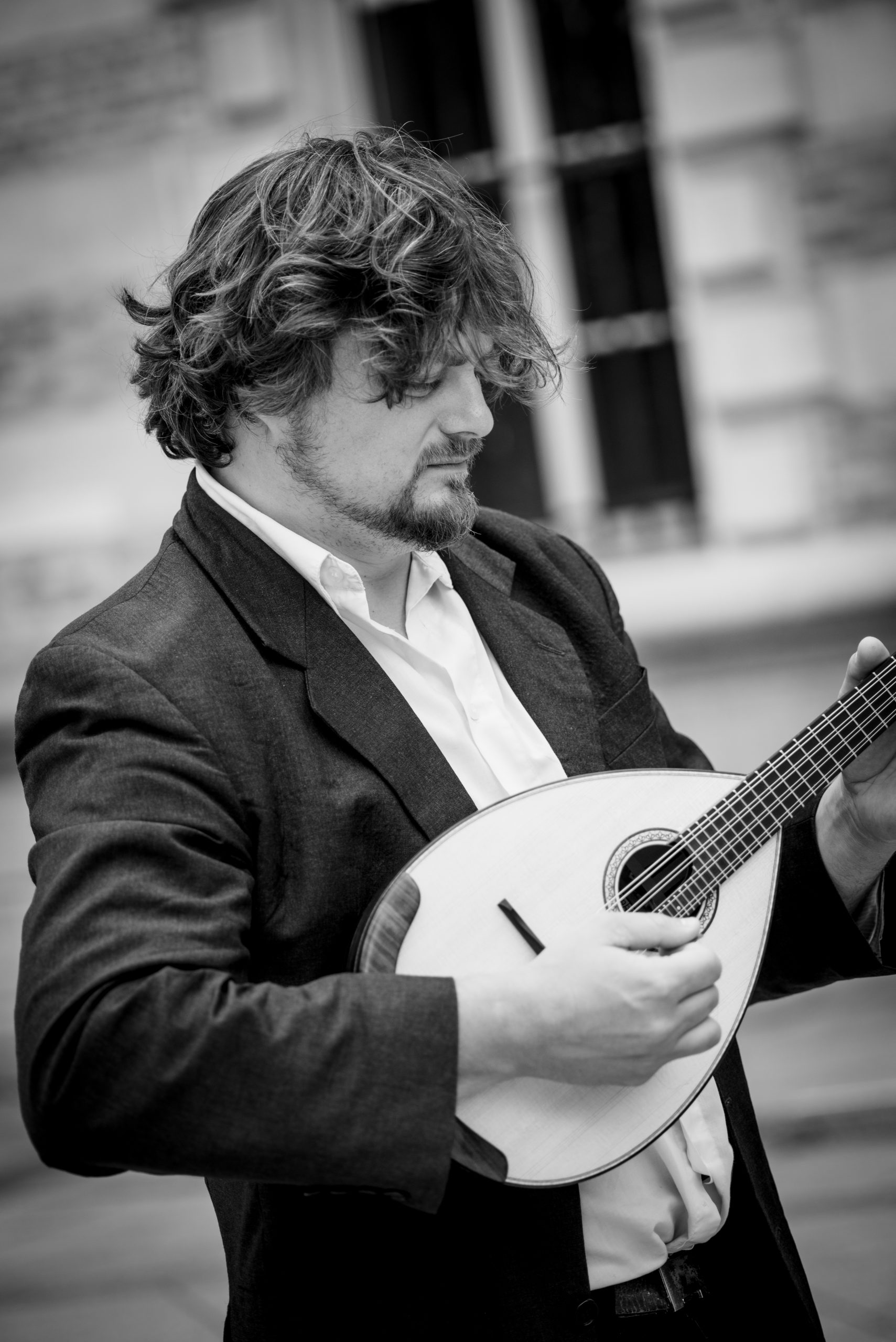 Moreover, the ferocious eclecticism of his artistic collaborations explodes, by multiplying it, the image of an instrument long frozen in an obsolete popular folklore. In his hands, the little lute is caught in a game of mirrors, revealing unexpected facets, scintillating diffraction of possibilities: from Vladimir Cosma to Régis Campo, from André Minvielle to Richard Galliano, the explored galaxy is constantly expanding, Vincent Beer-Demander refusing to impose a limit on his insatiable and continuously renewed curiosity.

We find in this joyful bulimia perfectly assumed, the intact trace of childhood emotions, the echo of revelations that decide a life: the meeting with Francis Morello, his first teacher who taught him the rudiments, in Toulouse, in the music school that as a wise humanist, he created to bring to life the ideals of popular education. The first shock – a commotion, even – at the power and sincerity of Freddy Mercury, the singer of Queen with a meteoric and tragic career.

Music will be a way of being in the world, sticking to it, having one’s word. Consequently, everything gives way to him, and in particular the practice of sport, until then intensive, of which he retains the taste for effort and the fighting spirit. With Homeric energy, Vincent Beer-Demander devours the entire repertoire and sharpens his technique with Florentino Calvo. The master opens the doors to his class at the École Nationale d’Argenteuil, a major center for the mandolin in France, while at the École Normale de Musique in Paris, Alberto Ponce accompanies him until the prestigious concert license that had never before been awarded to a mandolinist.

Those who frequent the young musician feel the urgency of a vocation to which everything submits. From then on, life accelerates and intensifies: the first prizes accumulate – seven in four years – the taste for the stage is confirmed, the stature of the concert performer is imposed at the mercy of the tours which follow one another, punctuated orders and creations, collaborations all over the place. In twenty years of career, we can no longer count the number of decisive events that Vincent Beer-Demander has brought, in France and abroad, to give a future to his instrument. Based in Marseille, he created, like his old Toulouse mentor, a popular academy in the neighborhoods as well as a class at the Conservatoire de Marseille and at the Royal Conservatory of Liège for higher education, attentive to ensuring that the repertoire he created is transmitted and that the practice of the mandolin, deeply renewed, is anchored in musical life.

“Concertist, teacher, composer, arranger, organizer, artistic and musical director … Who would like to embrace the prodigious diversity of the activities of the mandolinist Vincent Beer-Demande, runs the risk of inevitable vertigo.”

It is of course in a nod to the 24 frames per second, rate used in cinema, that this season is placed under the sign of “24 notes per second”. For several years, Vincent Beer-Demander, supported by the VBD & Co Company, has been carrying out an ambitious process of commissioning illustrious composers, including a host of film music legends: Schifrin, Morricone, Cosma, Bolling, Petit, Lai, Gaubert, Vannier… have written for Vincent Beer-Demander’s mandolin unpublished transcriptions of their masterpieces and creations. In 2021-22, the company VBD & Co wishes to highlight this flagship work, and offer the public its quintessence declined in different artistic formats, from duet to orchestral formation. Vincent Beer-Demander conducts a concert activity which, in addition to the formats offered in this catalog, is the subject of a specific distribution to national and international orchestras (modern and classical concertos for solo mandolin and orchestras).

This spotlight on the great film music composers of the twentieth century will be accompanied in 2021 by two new major creations in very different aesthetics, like the company VBD & Co and its artistic director who cultivate taste. eclecticism and bridges between genres. In terms of classical and modern music, the year 2021 will be marked by the release of the project “Campo-Vivaldi: crossed music”, while fans of jazz-world music will be able to be surprised by the project “Five continents – Mandol ‘in World’ composed by Claude Salmieri.

The programmers and the public will also find in this 2021-22 program the musical nuggets of the past years of diligent work and abundant creation of the Company VBD & Co. Navigating with ease the classical concertos of Vivaldi for mandolin and chamber orchestra, to the sublime adaptation for reciter & sextet (or symphonic orchestra) of “Memory and the Sea” by Léo Ferré, including the virtuosity of “24 Caprices pour mandolin solo” written by Vladimir Cosma for Vincent Beer-Demander, the Company affirms its willingness to play everywhere, for all audiences. Having accessibility to heart without sacrificing quality, our aesthetic and price choices effectively allow the most diverse audiences and organizations to achieve excellence.

To complete this artistic direction, the Company VBD & Co offers “adapted formats”: “Concert-conference, Once upon a time the mandolin” which combines the talents of performer and speaker of Vincent Beer-Demander, “Christmas concert” around an original and new program, a “Christmas Feast” written by Vladimir Cosma. Finally, the VBD & Co Company studies with the greatest pleasure any request for creation / adaptation to your projects. A teacher at the Conservatories of Marseille and Liège, Vincent Beer-Demander also offers, alongside concerts, mediation, discussion and discovery actions through workshops or master classes for young audiences and music schools.